In this sales focused role, my main tasks will be to seek, develop and close opportunities in local government and related verticals, lead generation to identify high potential prospects, qualifying and developing inbound opportunities and putting together demos, pitches, and RFP/RFIs. I am also looking forward to getting involved in marketing lead activity including attending seminars and trade shows later in the year.

My background has always been Business Development mainly in Technology and Design. My first role was with a Media company called Re:fine and I worked with film, tv and music studios to repurpose their content for distribution on multiple platforms such as physical media  including 3D DVDs, Blu Ray or streaming platforms. I got to work on some really cool projects including  BAFTA and Oscar screening DVDs and got lots of movie previews as a result! That was fun. 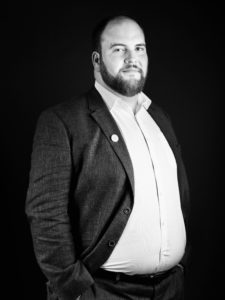 I joined a company called Steelcase not long after my time in the media, and it was a complete world away from anything I’d experienced before but I love a new challenge. Steelcase manufacture office furniture for global organisations, focusing on designing amazing workspaces to increase employee wellbeing, talent attraction and retention. They also helped to optimise real estate usage through insightful workplace studies.

Recently I’ve been travelling around New Zealand, Australia and Europe and met my now fiancé in New Zealand. She’s originally from Finland and I’m making some attempts to learn the language but it’s quite hard… so I’m sticking to the basic words (and a few choice swear words for fun) my favourite so far is ‘kalsarikänni’ which literally means ‘drinking alone, at home in your underwear’. Random I know!

When we left NZ for Australia I started working for a company called Hills and we were a partner on the NBN (national broadband network) installing satellite and fixed wireless services across the country, in partnership with the Australian Government and Ericsson. I managed technicians in the most remote parts of Western Australia & The Northern Territory. One of the most challenging aspects of this job was getting things done during the wet season when roads were flooded so I’ve booked at least $250k of helicopters in my time! Parachuting (not literally) technicians into Aboriginal communities, schools, hospitals, defense sites etc.

After spending time travelling I came back to the U.K. and worked for an office services company, before joining VivaCity and here I am!

In my spare time I enjoy travel, Formula 1 (any sport with an engine in it to be honest), visiting art/galleries, live music, stand up comedy and target shooting.

I look forward to meeting and working with you all. 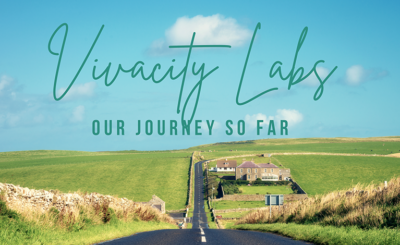 Team
Zaheer Allarakhia – Install Supervisor and Site Team Lead
Thursday, 14 October, 2021
Life in our cities is changing so rapidly that accurate and up-to-the-minute data on urban movement and usage is more critical than ever before.