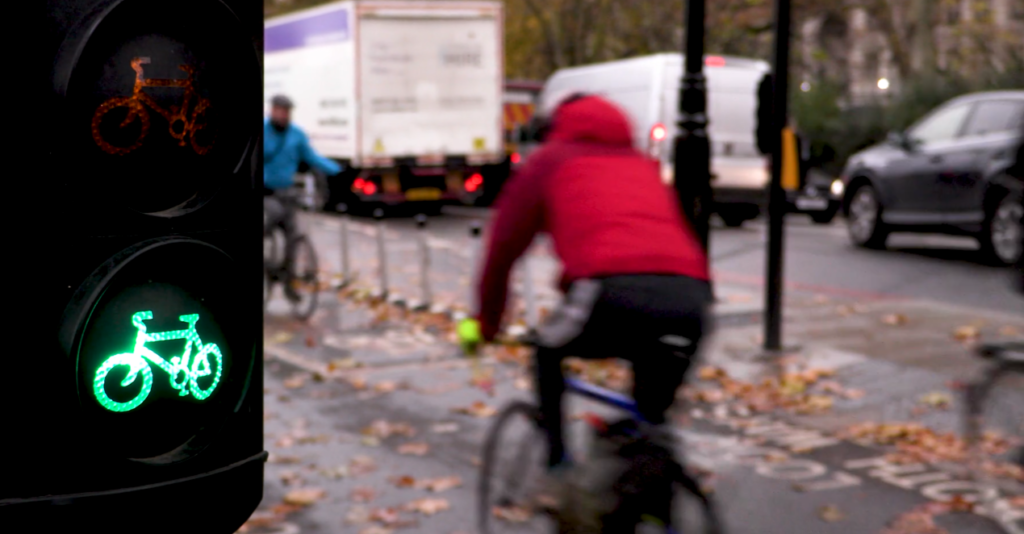 With the ease of lockdown measures, people across the country flocked to shops and pubs and enjoyed outdoor dining once again last week.

We were keen to look at the impact of this and with over 2,000 sensors covering the UK, took a sample of high streets to measure data compared to the previous two weeks, aggregated across Manchester, Enfield, Southwark, and Oxford.

We saw the biggest change in pedestrian volumes, which increased by 200%.

For motorised vehicles the week started off high at 128% and slowly tapered down until the weekend with the highest change on Saturday at 135%. 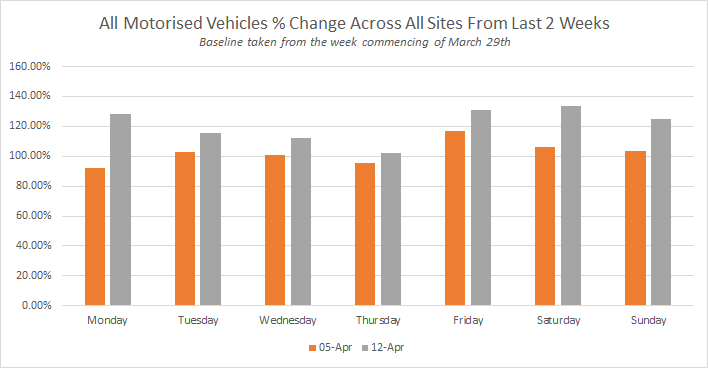 We saw a similar trend for pedestrians beginning with an increase of 180%, which slowly decreases until the weekend. Sunday saw the highest change doubling that of the previous weeks’ volumes. Consistent sunny weather also contributed to high volumes compared to the previous week’s cool temperatures on Monday and Tuesday.

A similar trend was seen for cyclists, however the most notable change was on the weekend. This was on par to the previous Friday and Saturday, again most likely due to sunny weather.

Can we spot the peaks?

Last week’s trend follows a similar shape across all motorised vehicles from the prior two weeks. With the reopening on Monday we see an upward trend starting at 8:00 am followed by a peak at 18:00, which is consistent throughout the week.

Whereas pedestrians experience sharp spikes at the beginning of the week, which later plateaus during the weekend. The initial rush around lunch times could have been prompted by people popping into stores and staying out longer in the evenings to enjoy outdoor dining.

Cyclists follow a different pattern highlighting three distinct peaks during the week. This could be attributed to exercise or commuting in the early mornings, afternoons and evenings after work. As expected, it tapers off on the weekend and spikes later in the day then flattens out until early evening.

Walking is the primary mode of transportation across these areas reflected in pedestrian volumes. Since the reopening of shops and leisure venues we’ve seen double the amount of traffic compared to the previous two weeks. We now expect to see a steady rise in traffic week on week as more citizens become comfortable with going out, and of course with summer around the corner. 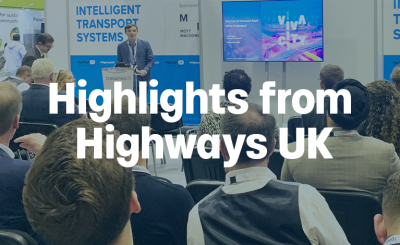 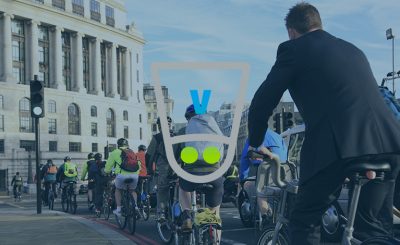 News
UK Transport Scheme Funding Opportunities
Friday, 28 October, 2022
Life in our cities is changing so rapidly that accurate and up-to-the-minute data on urban movement and usage is more critical than ever before.